I’m openly gay and one of my biggest hopes is that I can help inspire other LGBT youth to get involved in STEM [Science, Technology, Engineering and Mathematics].
Jack's Website 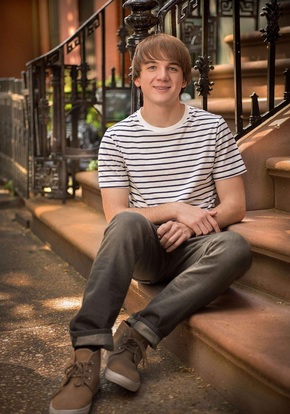 Click to Enlarge
Jack Andraka is a Maryland high school sophomore who at age 15 invented an inexpensive and sensitive dipstick-like sensor for the rapid and early detection of pancreatic, ovarian and lung cancers. After a close family friend died of pancreatic cancer, Jack (then a ninth grader) became interested in finding a better early-detection diagnostic test. He learned that the lack of a rapid, low-cost early screening method contributed to the poor survival rate among individuals with pancreatic cancer. After thinking further about the problem, he came up with a plan and a budget to put his ideas in motion.

He contacted about 200 research professionals at Johns Hopkins University and the National Institutes of Health about his plan. He got 199 rejection letters and then finally got an acceptance from Dr. Anirban Maitra, Professor of Pathology, Oncology and Chemical and Biomolecular Engineering at Johns Hopkins School of Medicine, who became his mentor. It was at Dr. Maitra’s lab where Jack developed his test.

The diagnostic method he developed is more than 90 percent accurate in detecting the presence of pancreatic cancer's biomarker protein called mesothelin, and earned him the grand prize $75,000 Gordon E. Moore Award – named for Intel’s co-founder – after competing with 1,500 other young scientists from 70 countries. He also won other prizes in smaller individual categories for a total award of $100,500, which he will use towards college. He has formed a company and has applied for both national and international patents. 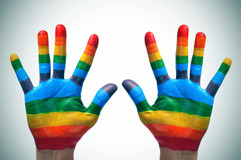 Jack is a member of the National Junior Wildwater Kayak team, a Life Scout and has won numerous awards in national and international math competitions.
Andraka's autobiography Breakthrough – published by HarperCollins and due out in March 2015 – chronicles the self-described science and math nerd's journey from bullying victim to world-traveling science booster.

A promising test for pancreatic cancer ... from a teenager